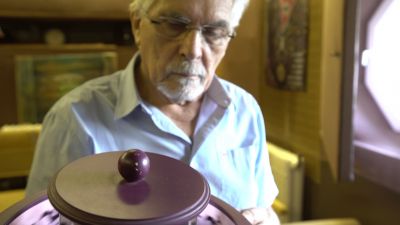 The last fifty years of Hungarian animation’s over hundred-year-old history is inseparably connected to the life of one of the most prominent studio directors of Hungarian filmmaking, Ferenc Mikulás, and the Kecskemét Animation Film Studio that is almost synonymous with his name. Ferenc Mikulás and the studio are best known by Hungarian and global audiences for the 100 episodes of “Hungarian Folk Tales”. The studio continues to take part in the support of talented directors and in the production of series and original films, including the highest quality animation films of the world, regularly nominated for Oscars. The portrait film titled The “101st Hungarian Folk Tale” follows the exceptional, almost fairytale-like story of Mikulás’s life, as well as one of the greatest success stories of Hungarian cultural history, spanning various political systems and technological revolutions. The film is richly illustrated with animated content and archive footage, and it features fellow artists and colleagues as speakers including recently deceased Marcell Jankovics, representatives of the younger generation and foreign film professionals as it tells about the most diverse branch of filmmaking, and a story unique not only in Hungary, but perhaps in the whole world. It is an exemplary, inspiring story: with a good team, talent and perseverance, you can bring out the best from even the seemingly most desperate situations.