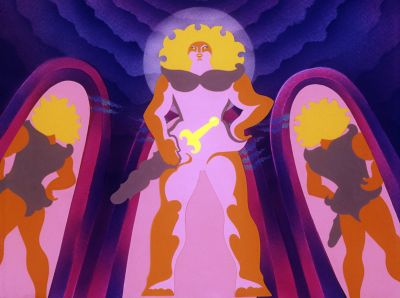 Marcell Jankovics's second full-length film, “Son of the White Mare” is an avant-garde tale; it is an adaptation of the ancient legends of the early nomadic Steppe people (such as the Huns, the Avars, and the Magyars); its protagonists represent cosmic natural archetypes. Producing a dreamlike visual world, the cutting-edge animation of the film is a radical example of the ornamental style, which is created from the continuous presence of metamorphoses, changing of colours, and recurring images of mandalas. Its ambient-like score feels modern even today. The 4K restoration of the film was carried out as a collaboration among Arbelos Films of Los Angeles, the Hungarian National Film Archive and Hungarian Filmlab in 2019. 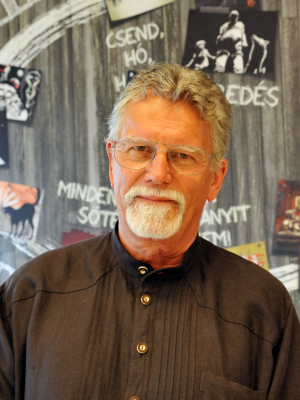 He was born in Budapest in 1941. He began as an inbetweener, soon was appointed to assistant animator, then to animator at Pannonia Film Studio and then as film director from 1965. The first full-length animated film produced in Hungary–“Johnny Corncob”–is associated with his name. Between 1996-2007 he was the managing director of Pannoniafilm. He was a receiver of the highest cultural prizes in Hungary, such as the Kossuth Prize, Balázs Béla Award, Artist of Merit Award and the Prima Award.
Main sponsors