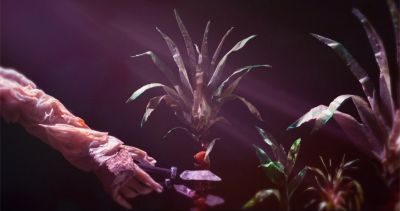 A secret garden hidden under the ground is cultivated by a lonely gardener. The place is bleak, suffocating, and disturbing, yet magical. One day, a little boy with dangerously long nails grows out of a pot instead of a plant. Tomek Ducki is a Hungarian-Polish animated film director and graphic artist. He studied animation at the Moholy-Nagy University of the Art and Design and at the National Film and Television School in London. In the last ten years, he has been commuting between Poland and Hungary. He works with several Polish artists and studios in Krakow and Warsaw, and with his team he created of a dozen music videos with unique techniques for notable artists.